Academic Articles; From the web

John Danaher, a lecturer at the National University of Ireland, Galway and a regular blogger at Philosophical Disquisitions, has written a series of blogs about basic income. The series contains nine articles so far, post from December 23, 2013 to July 18, 2014. According to the author’s summary, “I’ve written a number of posts about the ethics and justice of the basic income grant. I thought it might be useful to provide an index to all of them in this post. Most of these posts look at whether an unconditional basic income grant can be justified from a particular theoretical perspective, e.g. feminism, libertarianism, liberal egalitarianism, and republicanism. One of them asks whether there should be a right not to work.” Items in the series include: 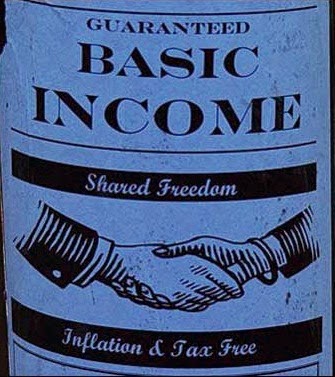 John Danaher holds a PhD from University College Cork (Ireland) and is currently a lecturer in law at the National University of Ireland, Galway. His research interests range broadly from philosophy of religion to legal theory, with particular interests in human enhancement and neuroethics.

Karl Widerquist is an Associate Professor of political philosophy at SFS-Qatar, Georgetown University, specializing in distributive justice—the ethics of who has what. Much of his work involves Universal Basic Income (UBI). He is a co-founder of the U.S. Basic Income Guarantee Network (USBIG). He served as co-chair of the Basic Income Earth Network (BIEN) for 7 years, and now serves as vice-chair. He was the Editor of the USBIG NewsFlash for 15 years and of the BIEN NewsFlash for 4 years. He is a cofounder of BIEN’s news website, Basic Income News, the main source of just-the-facts reporting on UBI worldwide. He is a cofounder and editor of the journal Basic Income Studies, the only academic journal devoted to research on UBI. Widerquist has published several books and many articles on UBI both in academic journals and in the popular media. He has appeared on or been quoted by many major media outlets, such as NPR’s On Point, NPR’s Marketplace, PRI’s the World, CNBC, Al-Jazeera, 538, Vice, Dissent, the New York Times, Forbes, the Financial Times, and the Atlantic Monthly, which called him “a leader of the worldwide basic income movement.” Widerquist holds two doctorates—one in Political Theory form Oxford University (2006) and one in Economics from the City University of New York (1996). He has published seven books, including Prehistoric Myths in Modern Political Philosophy (Edinburgh University Press 2017, coauthored by Grant S. McCall) and Independence, Propertylessness, and Basic Income: A Theory of Freedom as the Power to Say No (Palgrave Macmillan 2013). He has published more than a twenty scholarly articles and book chapters. Most Karl Widerquist’s writing is available on his “Selected Works” website (works.bepress.com/widerquist/). More information about him is available on his BIEN profile and on Wikipedia. He writes the blog "the Indepentarian" for Basic Income News.

Follow
Leave a comment
The views expressed in this Op-Ed piece are solely those of the author and do not necessarily represent the view of Basic Income News or BIEN. BIEN and Basic Income News do not endorse any particular policy, but Basic Income News welcomes discussion from all points of view in its Op-Ed section.