The Basic Income Guarantee: what stands in its way?

The Basic Income Guarantee (BIG) is back in the news. The Finns are considering implementing it, as are the Swiss, replacing all means tested benefits with a simple grant to every citizen, giving everyone enough money to survive. Unlike most current benefits programs, it is not contingent on being worthy or deserving or even poor. Everybody gets it, you, me, Rupert Murdoch, the homeless man sleeping under a bridge. Last seriously proposed by Richard Nixon in 1969, more and more economists and bloggers are suggesting that the Basic Income Guarantee may ultimately be the salvation of capitalism. The BIG will eliminate poverty, lessen inequality, and vastly improve the lives of the most vulnerable among us. But that is not why we need it. It may seem impractical, even utopian, but I am convinced the BIG will be instituted within the next few decades because it solves modern capitalism’s most fundamental problem: lack of demand.

Technology and capitalism have largely solved the problem of supply. We are able to make more stuff, with fewer inputs of labor and capital, than ever before. We have the know-how, we have the resources, we have the trained labor, we have the money. The only thing businesses lack is customers. Making stuff has become easy. It is selling it that keeps entrepreneurs (and central bankers) awake at night. Stagnant wages tell us that the supply of labor exceeds demand. Microscopic interest rates tell us that we have more capital than we need. Since the Great Depression most economists have recognized that demand is the Achilles heel of the modern economy.

Over the past 80 years, we have solved the problem of demand in three very different ways. The first is war. In 1938, US unemployment was almost 20%. In 1944 it was barely 1%. Everybody knows World War II ended the Great Depression. But it is worth remembering that it wasn’t the slaughter of civilians or the destructions of cities that reinvigorated the global economy, but rather the massive fiscal stimulus of government borrowing. Had we borrowed and spent as much on building schools, homes and roads as we did on defeating the Axis powers, the economic effect would have been even greater. The advantage of military Keynesianism is political: conservatives who loathe government spending are able to overcome their distaste when it comes to war. 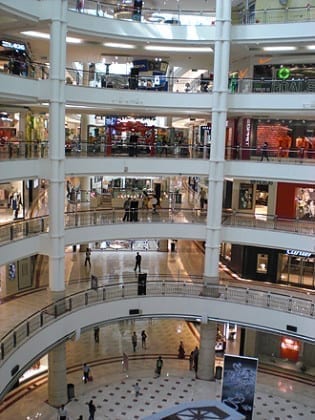 The second, during the post war Golden Age, was rising salaries. Between 1950 and 1970, the average American worker saw his real wages double: since then, they have barely gone up at all. Back then, productivity improvements translated almost immediately into wage gains. As workers’ wages went up, so did consumer spending. Productivity increases meant each worker was able to make more stuff. Wage increases meant he was able to afford to buy it. Advertising transformed luxuries into necessities. Productivity gains combined with wage hikes gave the Golden Age the greatest GDP growth the world has ever seen.

In our most recent era, from 1982 until the financial crisis, the engine of economic expansion was ever increasing levels of private debt. After Reagan and Thatcher, median wages stopped going up, even as productivity maintained its inexorable rise. With wages stagnant, only by taking on more debt were consumers able to keep spending enough to buy all they produced. As long as banks were happy to lend, the economy managed to grow (albeit much more slowly than during the Golden Age) and the party could go on.  But after the financial crisis, both household willingness to incur more debt and bank willingness to lend contracted, leaving us with the stagnant economy we are trapped in today.

These three old methods of stimulating demand have passed their sell by dates. Global war would reinvigorate the economy, but at an unbearable cost. Rising wages, unfortunately, are unlikely, with more and more of us replaceable by robots, software or much cheaper foreign workers. And higher levels of debt not only increase inequality, they also engender financial instability. What is to be done?

Every year, technological progress allows us to make more goods and services with fewer inputs of labor and capital. As consumers, this is wonderful. We can buy better and cheaper goods than ever before.  As workers, however, productivity increases threaten our jobs. As we need fewer workers to make the same amount of stuff, more of us become redundant. And it is likely to get worse. The rise of the robots may eliminate 47% of existing jobs within the next two decades. Unfortunately, even though a robot can make an iPhone, it cannot buy one. If we are hurtling towards a post scarcity future, only a Basic Income Guarantee can ensure sufficient demand to keep the global economy ticking over.

It is not just the poor that profit. The rich get exactly the same payment, in the form of a tax cut. Corporations also win. With more money in consumers’ pockets, sales increase, raising profits. And since firms no longer need provide a living wage, labor costs could go down, which would give employers reason to hire. Meanwhile, workers, with a guaranteed income, no matter what, will have the freedom to tell an unreasonable boss to “take this job and shove it.” These benefits suggest that a Basic Income Guarantee could command considerable support from diverse sectors. But these are all merely side benefits. 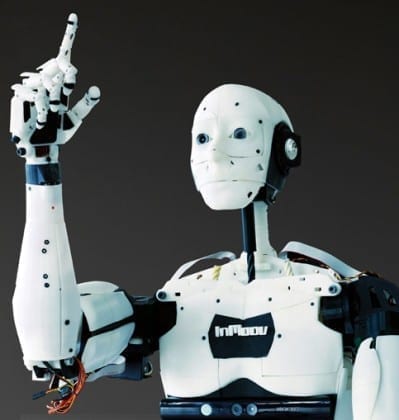 If technological progress continues to eliminate jobs, the BIG may well be the only way we will be able to maintain demand in a post-work future. By giving every citizen a monthly check, a BIG will be as fiscally stimulative as World War II without requiring the murder of millions. The BIG is economically sensible and politically practical. What then stands in its way?

The first problem is that it sounds too good to be true. We have been told to be suspicious of anyone promising a free lunch, and giving people money for doing nothing certainly seems like a costless gift. Fear of scarcity is built into our DNA. For the BIG to seem viable for most people, they need to learn that demand, not supply, is the bottleneck of growth. We need to recognize that money is something humans create, not something with fixed and limited supply. With Quantitative Easing, central banks created money and gave it to the financial sector, hoping it would stimulate lending. Today, even mainstream figures like Lord Adair Turner, Martin Wolf and even Ben Bernanke recognize that “helicopter drops” of money into individuals’ bank accounts could have been more effective. Technocrats are beginning to recognize the practicality of Basic Income. We in the economic blogosphere need to bring this message into the public eye. The rise of the robots, ever declining prices for goods and services, and disappearing jobs may ultimately teach this lesson more effectively than any number of well-meaning essays.

The second problem is sociological. Most of us are still in employment. We feel, in some fundamental way, that our work makes us more worthy than lazy layabouts on benefits.  This simultaneously makes us disinclined to raise benefits for others (or increase the number of people on benefit) and equally disinclined to think of ourselves as the kind of people that receive money from the state. Adam Smith, in The Theory of Moral Sentiments (the book he considered his masterpiece), said that we humans are motivated primarily by the regard of others. We want people to think well of us, and we want to think well of ourselves. The psychological pleasure of considering ourselves better than welfare recipients can trump genuine economic benefit. To overcome this objection, we need to recognize that defining ourselves by our jobs is very 20th century. If technological progress continues to kill traditional jobs, this objection too will eventually dissipate. As full-time jobs become harder to find, more of us will recognize the need for a BIG.

The third problem is perhaps the most central. By stimulating the economy and pushing it towards its production possibilities frontier, the Basic Income Guarantee will be growth enhancing, but it is undeniable that it will also be redistributive. The pie will be larger, but it will be sliced differently.  For the past 30 years, we have stimulated the economy by shoveling money towards rich people. A BIG shovels money towards poor people. And for many in the top 1%, that is anathema.

Conservatives generally favor tax cuts as a way of stimulating the economy. Although they do not like to admit it, this is textbook Keynesianism. As long as the government does not cut spending, more money in consumers’ pockets will inevitably increase demand. Unfortunately, tax cuts generally favor the richest among us, and they, unlike the poor, are liable to save rather than spend their windfall. Stimulating savings is a waste of a tax cut. Today, we have an over-abundance of saving and a shortfall of investment and consumption. A BIG can be thought of as a tax cut targeted to those most likely to spend it, which is what the economy needs.

The Basic Income Guarantee solves the problem of demand, stimulates the economy, increases corporate profits, gives workers more freedom, and provides a safety net to the most vulnerable.  It is economically sound and politically savvy. But the very rich do not fear unemployment, they fear redistribution and they will be the most significant force against the implementation of the BIG.

Tom Streithorst has been a union member, an entrepreneur, a war

cameraman, a promo producer, a journalist. These days, he mostly does voiceovers and thinks about economic history. An American in London, he has been writing for magazines on both sides of the pond since 2008. He is currently working on a book on post scarcity economics, and how the incredible productive power of capitalism and technology has the potential to bring us all prosperity and happiness but so far, we keep screwing it up.

Follow
8 comments automation, Basic income, Inequality, Lack of demand
The views expressed in this Op-Ed piece are solely those of the author and do not necessarily represent the view of Basic Income News or BIEN. BIEN and Basic Income News do not endorse any particular policy, but Basic Income News welcomes discussion from all points of view in its Op-Ed section.